BACTERIA THAT LIE BENEATH 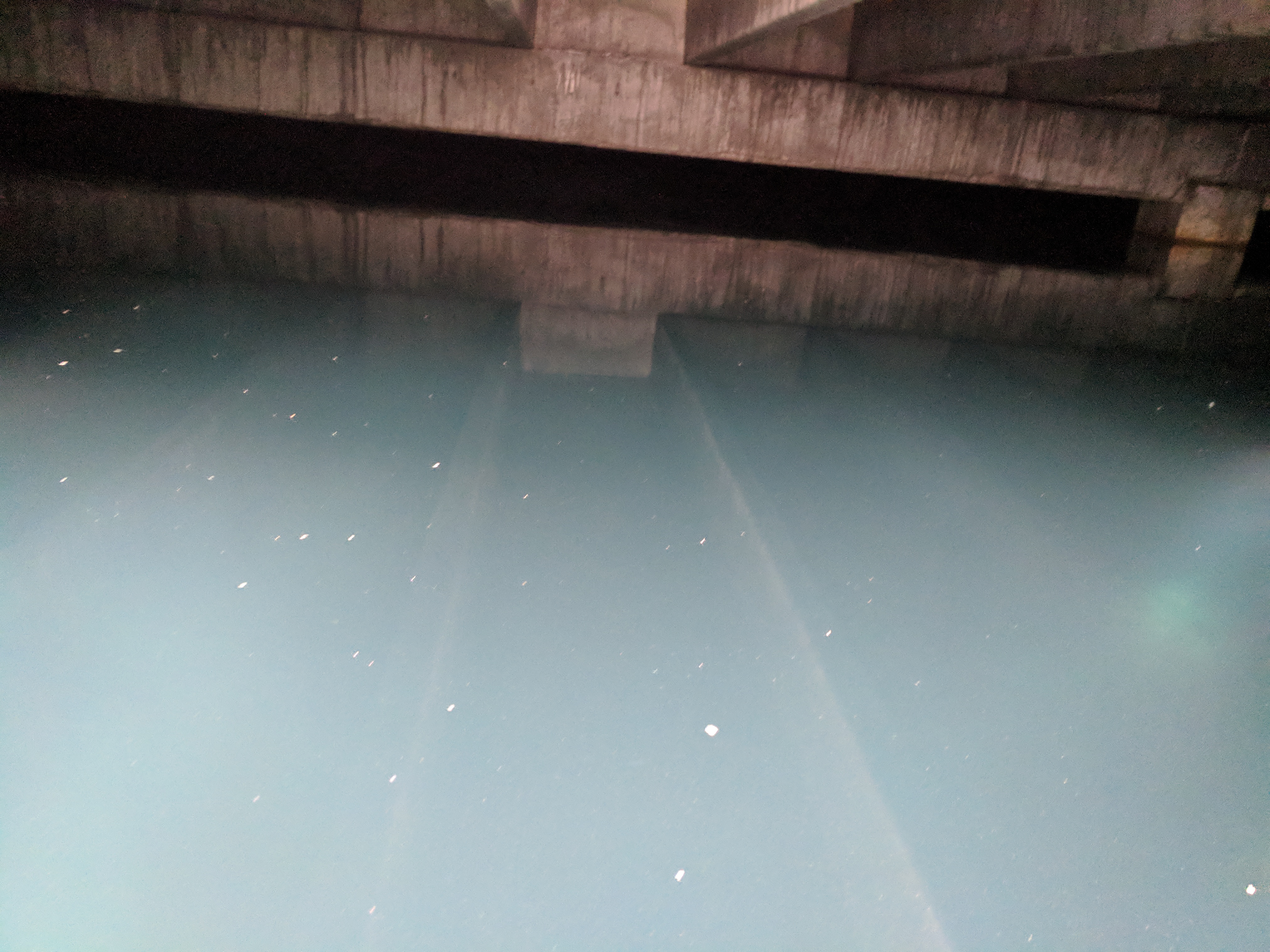 Employees at the town of Oakley’s drinking water facility decided to reach out for support when their monthly bacteriological sample results came back. The results indicated the water contained coliform bacteria. Coliform presence is an indicator of potentially harmful bacteria such as E. coli. A hit like this could label a cities drinking water system “Unapproved” by the state.

With support from Mayor Wade Woolstenhulme, Chad Kramer (Oakley City’s Water System Operator) reached out to Utah Rural Water Association’s Northern Circuit rider, Jake Wood. Jake headed over to Oakley to begin assessing the severity of the situation described. The two promptly began an assessment to determine where the bacteria was entering the water system. They soon discovered that the systems million-gallon tank had small cracks in the roof. These cracks were allowing snowmelt and rainwater to permeate and contaminate the unchlorinated storage tank. They also found a massive ball of roots in one of the hundred thousand gallon tanks. The roots from other nearby vegetation were also creeping into one of the systems spring boxes.

It was determined that one of the seals in the well had failed when it was installed, causing the water to be recirculated when pumped. This along with the concrete plug being poured above the artisan point in the casing was also drastically reducing the amount of water the well could produce. This was causing the system to fall short of producing a sustainable amount of water during peak demand.

As part of the assessment, system reports from the state needed to be analyzed. The Utah Division of Drinking Water creates what is known as an IPS (Improvement Priority System) record. These records provide a roadmap, or a to-do list, for water systems to correct deficiencies in their systems. The point system can be detrimental when enough violations accumulate.

The corrections needed on this system included a lack of project plans for storage tanks, deep-rooted vegetation, lack of a sanitary seal on the well, well house flooding, and cross-connection issues. These shortcomings are what led to failed bacteriological samples from the well. After reviewing the state requirements, Chad and Jake formulated a plan to correct the issues.

Chad requested the help of Aqua Engineering to assist with the lack of plan approval on the storage tank and to have general oversight of the repairs made. He also contacted Kyle Widdison, of Widdison Turbine Service, to fix the issues with the well. Chad and Jake then meticulously drained and removed roots and debris from two of the three tanks. Once removed, they moved on to disinfecting the tanks. The tanks were then filled and resampled to ensure they were clean before putting them back into service. The cracks in the roof of the storage tank were repaired and sealed with xypex waterproofing. The trees at the spring were removed and a diversion ditch was installed. New backflow assemblies were installed and inspected.

With all the repairs made to this water system, the IPS points fell drastically from 368 to 62. While any system deficiency may seem overwhelming to a rural system, it is important to note that help is out there. The amount of work it takes to maintain water systems may be overlooked by a community. It is rarely appreciated until a problem presents itself. Staying on top of system maintenance operation requires diligent water operators and support from the local government officials.

The end result in Oakley City would not have been possible to achieve in such a short time without the diligent work of Chad Kramer and the support of Mayor Wade Woolstenhulme. If your system receives a rise in IPS points, call your friends at the Rural Water Association of Utah so you can get back to what you do best.

Like this story? Good news, there are more on the way! Our monthly newsletter and the Rural Life Stories section of our webpage will be updated with stories happening all over our state. Stay tuned, good things are in store.
Want to receive the printed version of our newsletter FREE monthly? Click the button below and sign up to get more stories along with our training calendar and news updates. The monthly newsletter titled "The Pump" is your go-to for the latest information at RWAU.
Subscribe
2019 Senate BillsJanuary 21, 2019 NRWA Press Release: The Agriculture Improvement Act of 2018December 21, 2018